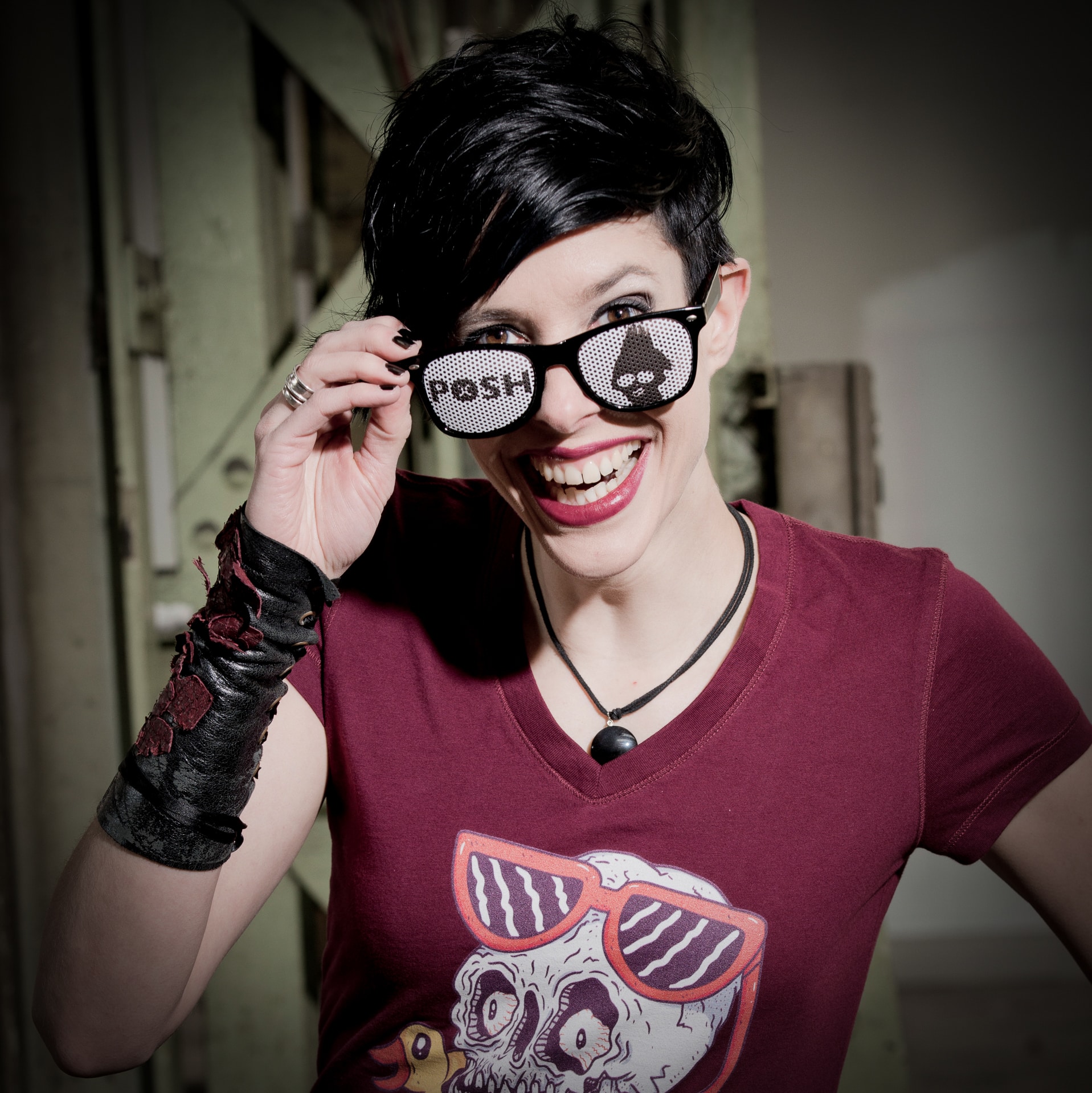 POSH – Attention, storm danger!
Just as a mild breeze can turn into a destructive hurricane within minutes, one should not be deceived by the delicate appearance of Martina Dieziger. Live with her band POSH, she displays a hurricane-like power that is underlined by the bittersweet beauty of her strong character voice.
At first glance, the lead singer of the Swiss band POSH is more of an elf than a warrior – but with her exceptionally strong voice, she is able to shake entire stadiums within a few minutes. As delicate as the first sounds of a song may seem – when Martina suddenly switches to nu-metal-inspired chanting, the songs of POSH just crash over the listeners and make it clear: the live power of this band is unparalleled.
Since they were signed in the 2000s as one of the most promising up-and-coming Swiss bands, first by the Coffee label (Migros) and finally by Universal Music, POSH have played every major festival in Switzerland, supported Bon Jovi at the Letzigrund and opened the Stereophonics show at the Volkshaus. With their hit single „Damn Sexy“, POSH even made it onto the hit compilation Bravo Hits 43.
After a hiatus, the band broke their silence in 2017 with their album „Born Out Of Silence“ and opened a new chapter in their career.