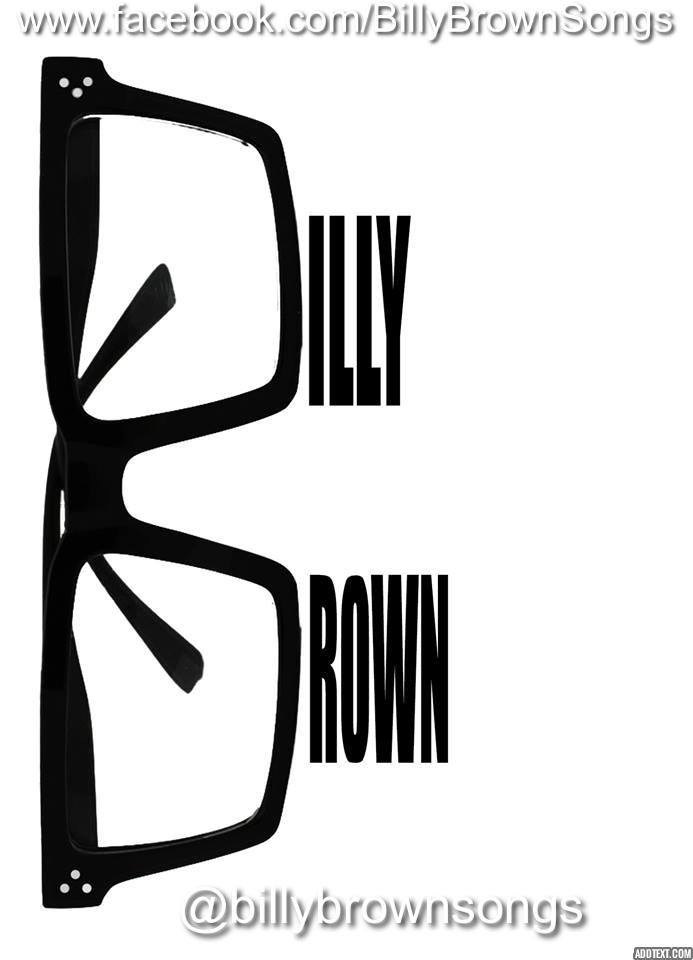 Billy Brown is a singer songwriter with his own take of love and life in definitely his own style.

Going back a few years, Billy was the Singer and Songwriter and Rythm Guitarist in a Band called Friends of Gavin, although
they did use many names before settling with that. They played all over the UK as well as Holland and France, supporting the
likes of R.E.M., Ian Dury, The Damned, Boomtown Rats among many others, as well as headlining in their own right at long
gone places like The Marquee, Dingwalls (as it was), as well as many more up and down the country.

He quit music for a few years (and the rest of FOG became Spizz’s Band SpizzSexual for a year) and then in 1990 teamed up
by chance with a guy named Jimmy Brown (no relation) who had a club hit with Free Spirit under the name of Orchestra JB.
Initially Jimmy wanted Billy to play Harmonica on a new song. What transpired was, Billy ended up co writing the song as
well as doing backing vocals and of course the Harmonica, and the song was released on Rumour Records in 1991 called
Come Alive, which was a huge club hit all over Europe, and played on national radio, namely Radio 1. Billy ended up co writing
another song on Orchestra JB’s album Tambourine Fever released on East West records in the USA, and also playing Harmonica
on another track. Come Alive was subsequently featured on many compilation albums, such as Warehouse Raves and Spiritually Ibiza,
and underwent many different mixes. It sill gets radio play to this day, all over the world.

Billy quit music again for quite a few years and decided to pick up his guitar and start writing again and did a few
Open Mics locally in St Albans to try and get back in the frame. However, Billy was pushed by quite a few people
to get his songs out and eventually he went in the studio and recorded them and subsequently many Radio Stations around the
world were playing him. More gigs followed and then a live performance on Wolfman Radio for Wolf’s 36 Hours to Ska, resulted
in Wolf saying to Billy, learn a Ska/Reggae song by the morning and play it live…so he did. He performed Junior Murvins
Police & Thieves to a tumultous response that ended up being released as a single for Specialized for Tennage Cancer Trust
and the Youth Music Foundation,, and from then on Billy’s involvement in Specialized has grown significantly, not only bringing Bands
and Artists into the fold, but also appearing on Mad Not Cancer with his take on Blue Skinned Beast (to fantastic reviews),
Armagideon Time on Combat Cancer, Guiltiness on the One Heart album,Tonight on the Boss album, and Madness’ My Girl on an EP,
a further Double A side single with his versions of Another Girl Another Planet and Guns of Brixton (loved by Peter Perrett of
The Only Ones), along with several Specialized gigs and festivals including The Big One 3 and 4, as well as gigs across London
in his own right.

His album A Long Time Coming was released end of November 2016, with the single Alone Agin With You played on FM Stations up
and down the country and some national stations too on Specialized on itunes, Amazon, google play and CD Baby, and CD’s are
available through ebay, as are the T shirts.

Since then, Friends of Gavin reformed late 2017, and in 2018 they did two sell out gigs in London. An Extended EP was sue iut lat 2020, but there were delays by the record company and
Billy decided to go solo again, Alone Again With You was re re released Feburary 1st, and has reached the United DJ’s Top 30 Charts at number 1, and German charts and is on roation on several
UK FM stations and Gernan, Dutch , Amrican and Canadian Stations.