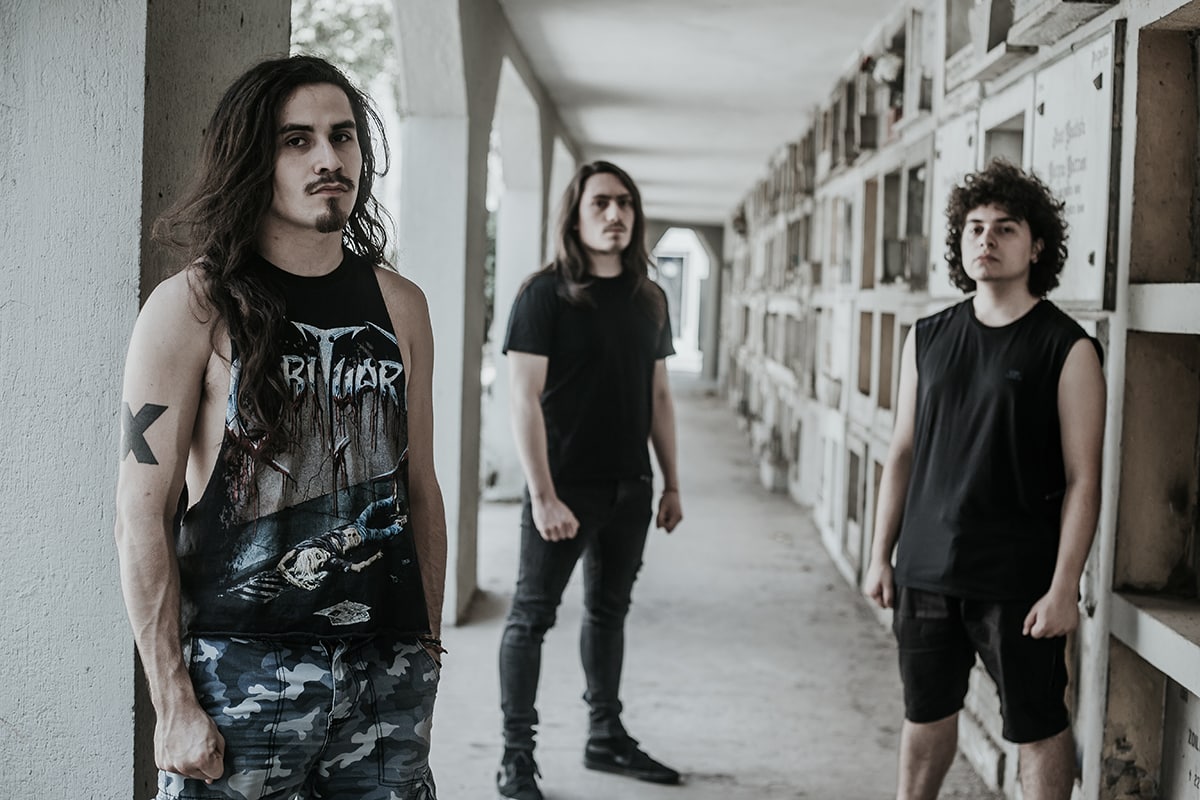 Bringing back the brutal force and sounds of Old School Metal and Latin American roots, the revolutionary young band from Santiago/Boston has been spreading their talent, passion and energy all over the world, characterized with their outstanding musical quality and powerful social commentaries.

The group was born in the hands of Agustin Lobo (drums) and Matias Bahamondes (guitars) in early 2014, but they were not complete until the addition of Mexican vocalist Yoav Ruiz-Feingold (Graviton, Atheist, Unholy Rites, Sardonius), who joined in late 2017.

They’ve not stopped working since the release of their debut album Centuries of Lies (2018), which originated from a demo tape called Eyes Wide Open (2016), that establishes a strong social commentary blended by the rage of Progressive Thrash. Going through various lineup changes, their toured their home country twice, getting a lot of recognition in national and international media.

Just in the past year, the renowned bassist Felipe Leyton joined them, finishing their search for an established lineup. Their hard-working attitude led them to write and record their second album in a matter of months since the release of their first LP. They took their perfectionism to another level, searching for the best production quality in every aspect.

They’ve just released the single Made Manifest, the first snippet from This Darkness Feels Alive, title of the sophomore album, that has already generated a lot of buzz for its release.