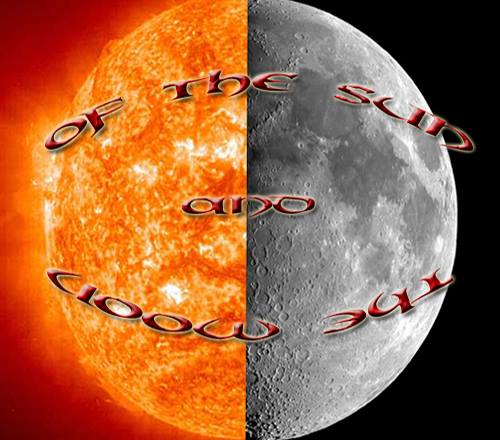 Of the Sun and the Moon · Everlasting War ft. Frankie McCabe

Mortara (Pavia)
Of the Sun and the Moon is an italian metal rock band, from Mortara (Pavia), born in 2010, and it’s composed of Lory De Lorean – vocals, and John Lorena – guitars, bass, keyboards, programming, songwriter and producer. The debut single, entirely instrumental, released on June 2013, is titled ‘Daughter of the Desert’. In that period, several ideas bloomed regarding new original songs (‘Everlasting Warrior’ and ‘Oblivion’), and some demos were recorded. Lory and John, however, also had other plans and programs, always concerning music, and these ended up occupying all the time available. Well, after seven years of recording silence, during which Lory De Lorean also started a satisfying pop, funky, rap, dance ‘solo’ project (it still carries on, ‘Note di Notte’ – Jan 2020, ‘Senza Lacrime’ ft. Bomber MC – Nov 2020), at the end of 2020, Of the Sun and the Moon decided to re-join all the forces, directing’em towards the creation and recording of brand new material. The first track considered, revised and corrected was ‘Everlasting Warrior’ which became ‘Everlasting War’.
It took four months (Dec 2020/Apr 2021) of hard work to complete ‘Everlasting War’, released on 02 April 2021. It was originally intended to be a slow blues rock, minimal, only guitar and vocals, but, after a few rehearsals, it was immediately understood that the direction would be completely different. The track, whose lyrics compare life to an eternal battlefield, is a ‘hybrid’, rich in epic atmospheres, dramatic vibes, melodies, as well as in biting grit and energy; in terms of sounds, it’s a mix of ’80s riffs and guitars, electronica and indie and alternative stuff.
To create an even more evident contrast, especially on a vocal level, Of the Sun and the Moon strongly wanted the collaboration, as ‘special guest vocals’, with the US singer/songwriter Frankie McCabe.
Could this be a new beginning? Lory and John will soon start dealing with the next two original singles that already have a title, ‘Sad the Rain’ and ‘Oblivion’.